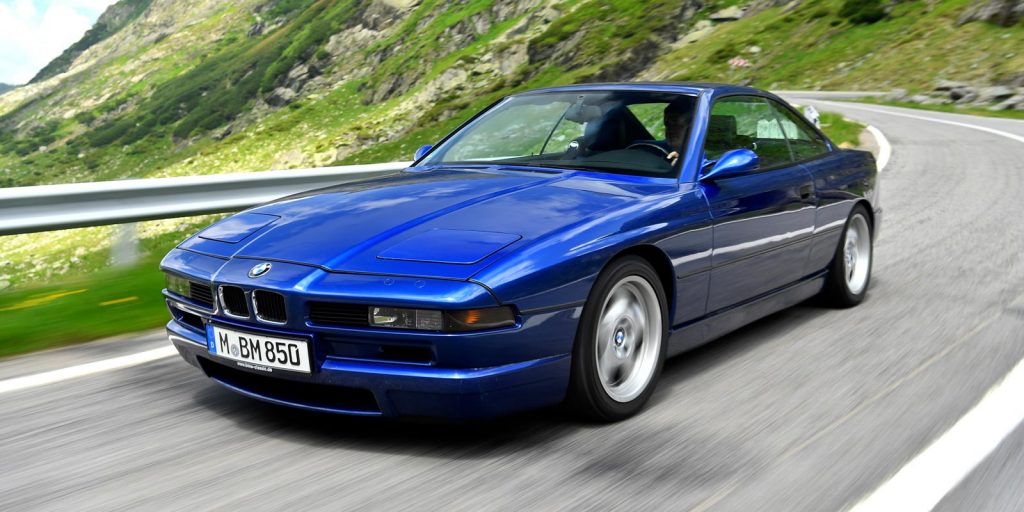 For many owning a supercar is just a dream. Most get scared off when looking at the price tag and the thought of maintenance, and for good reason!

Because of this we wanted to show you that you can purchase a classic supercar for under £10k. Many of the supercars and sports cars listed below require little maintenance, and are relatively cheap to run on a budget.

If you have a larger budget but still don’t want to break the bank, and are shopping for a supercar under £70,000… Check out our top 7 cheap supercars for sale for under £70,000 in the UK today. 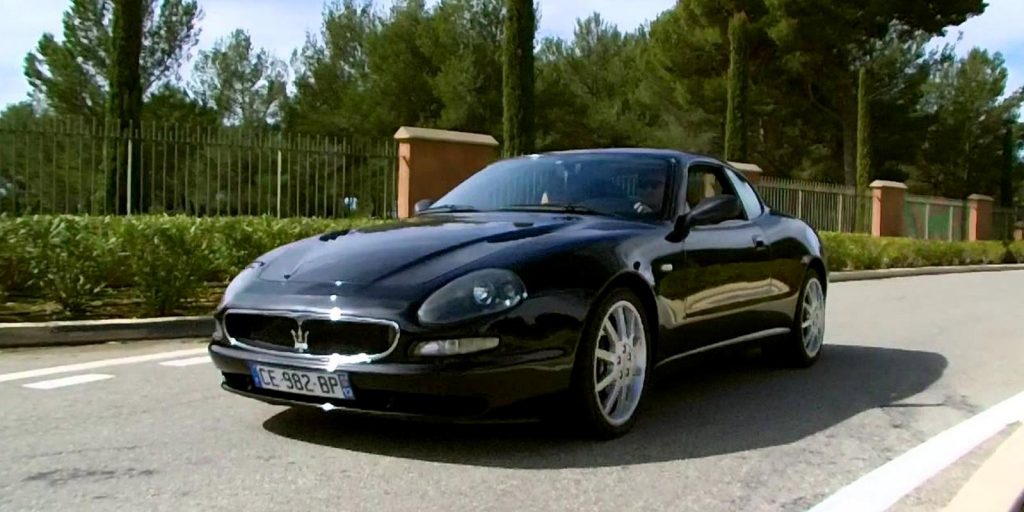 The Maserati 3200 GT was one of the first sports cars manufactured after Ferrari’s takeover in the 1990s. It was rather scary to drive at the time, boasting 370bhp and a lightening fast 0-60 time of under 5 seconds!

The 3200 GT is equipped with a twin-turbo 3.2-litre V8, which has reputation for drinking oil. This is rather typical of Italian supercars in the 1990s. Despite this appetite for oil, the Italian manufactured engine is surprisingly reliable and bullet-proof.

Despite being able to pick up a used Maserati 3200 GT for around £10,000, many are put off by the reported maintenance costs. This reputation partially comes down to its heritage with Ferrari. Although many owners have documented that maintenance isn’t any more expensive than most other supercars of this age.

We would highly recommend prevention, and first and foremost spending a little more finding a well maintained model. This could save you a lot of hassle and money in the long run.

Like most older, cheap Italian supercars, the 3200 GT definitely requires a thorough examination before purchase. This applies to the paperwork just as much as the car itself. If you find a model that holds up well in both departments you should have bagged yourself a fairly reliable and desirable classic 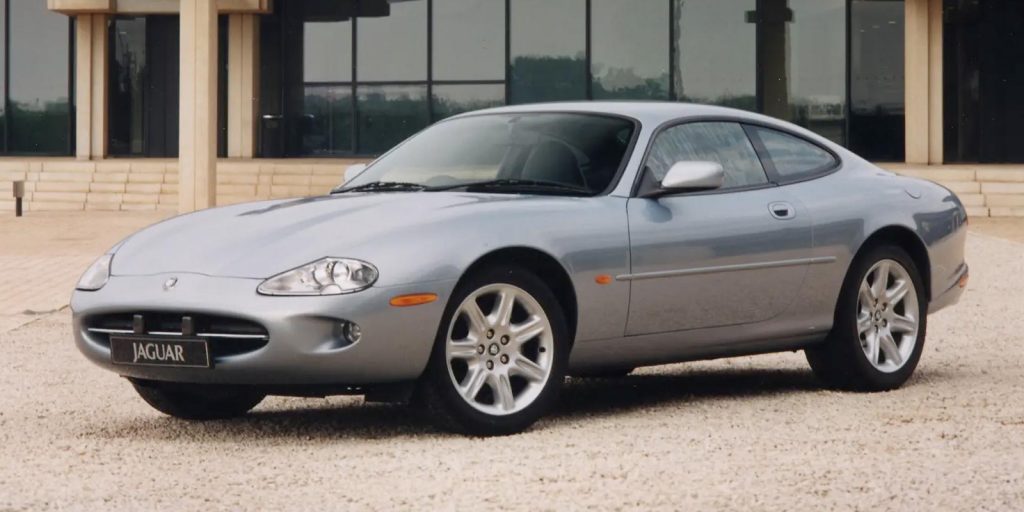 Even back in the late 90s, the XKR offered amazing value for money. The performance was impressive for the purchase cost, and the style was classic Jaguar.

The XKR and XK8, both received high praise from supercar reviewers and enthusiasts at its time of launch. The engine offered great performance, and the gearbox was a dream to use.

The only negative which clouded the XKR’s impeccable launch, was its poor ride when at low speeds. Many thought it to be rather stiff for regular driving.

This is a cheap supercar which is starting to see an appreciation curve within the classic supercar market. If you want to secure this sought after Jaguar for under £10k, you’ll have to buy one soon.

The XKR offers a slice of timeless luxury for a classic supercar enthusiast at an amazing budget. And it is truly a cheap supercar which looks much more expensive than it actually is. 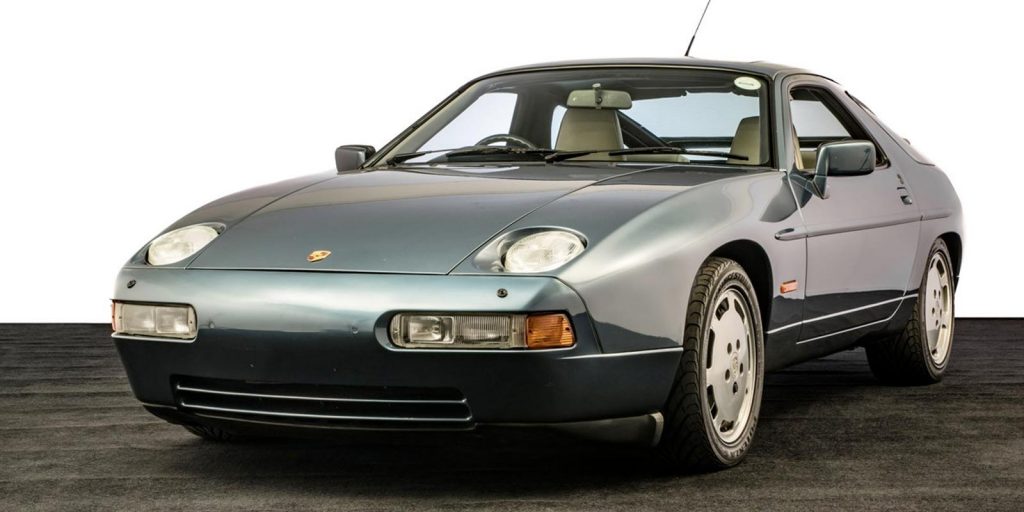 The 928 was supposed to be the successor to the outgoing 911. However things didn’t quite work out like this. The mighty 911 lived on despite the 928, with the classic Porsche 928 remaining a slice of indulgent 1970s styling.

Despite not sticking to the plan, the 928 still offered surprising levels of performance with fun driving mechanics. This classic supercar had perfect 50:50 weight distribution allowing it to remain confident and surefooted when attacking corners.

The 928 shows us a little bit of a direction change for Porsche, and is an insight into what route Porsche could have taken. The interior is spacious and airy offering plenty of storage and enough room for children in the rear. And all models were very well equipped in terms of technology. Everything about the 928 was supremely well considered.

If you are in the market for a classic supercar under £10k, now is the time to look at the Porsche 928. The depreciation has stabilised with certain models showing signs of appreciation.

This allows the 928 to be a great affordable classic supercar, with the ability to not lose you money if you treat it right.

However beware that a lot of your cost of running this car will go into fuel. This German supercar consumes it by the gallon and will only return a average of about 18mpg with combined driving.

We have compiled our favourite cheap supercars for sale in the UK today in this article.

The classic E31 8 series coupe isn’t your typical classic supercar. It runs a crazy V12 engine and weighs about as much as your house. This combination meant it wasn’t the most agile of beasts.

Being German, you know the E31 was very well manufactured, and this is true. There are very few problems with both the 4-litre and 4.4-litre. Although the 4-litre model was the better equipped of the two, and would be our recommendation.

The engines are extremely durable with many 4-litre models comfortably hitting 200,000 miles while still running strong.

Be sure to check that all electronics are working well before purchasing as this model was one of the first to run fly-by-wire throttles. They’re also loaded with ECUs, which can be reasonably costly to replace if they fail. 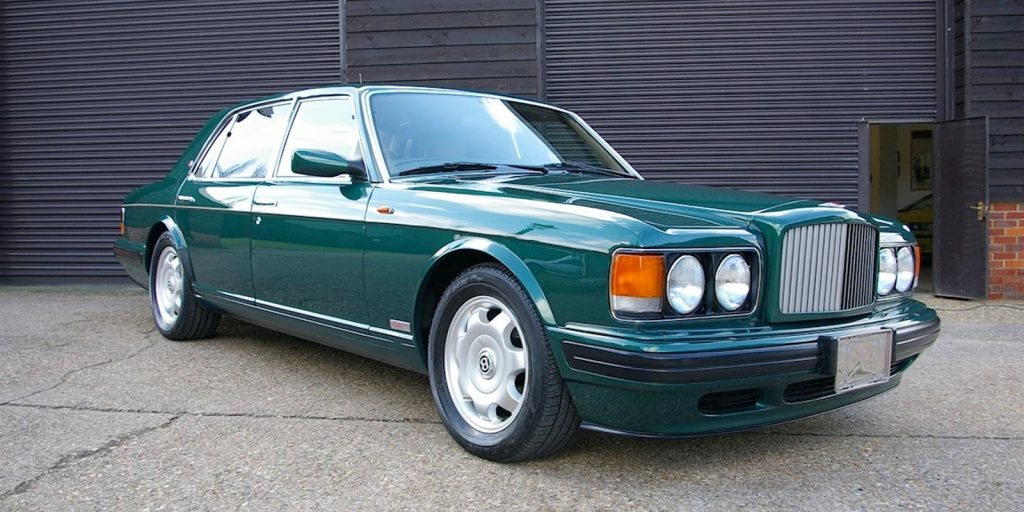 The Bentley Turbo R isn’t your typical classic supercar. However due to the cheap price and the levels of prestige surrounding Bentley we couldn’t not include this gem.

For under £10k you can find a well maintained Turbo R, which packs a 6.75-litre V8 turbocharged engine. That is a large engine, which is required to pull along a car of this size.

Despite the weight of the Turbo R, it will still manage to pull you along at a good rate of knots. It will even hit 62mph in around 7.0 seconds!

Costs of running are fairly low for a Benltey of this age, as long as you purchase a model which has been well looked after.

Being a Bentley, your money will get you a handbill classic car shrouded in luxury and only the finest materials. Getting this level of luxury for under £10,000 is truly amazing.

We would highly recommend never purchasing a used model with anything less than full service history, as preventive maintenance is key for these cars.. 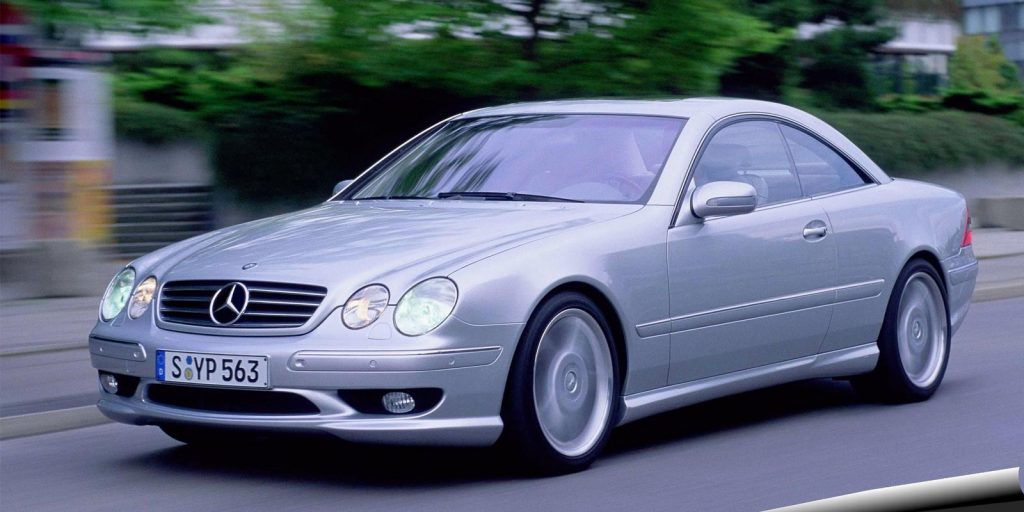 Being a top of the range Mercedes-Benz, the CL is equipped with all of the latest technology of the early 2000s. You will find electric everything, from the seats to the doors, and there were even options for an in-built TV. It’s luxurious, comfortable and extremely potent for a grand tourer.

And of course, being a Mercedes, if you find a classic model which has been well maintained, it will give you plenty of good years to come.

You can find classic Mercedes-Benz CL models with either a V8 or V12 engine, with the V8 being the cheaper of the two to buy and maintain. Both power units are reliable despite the occasional oil leak.

The car itself is fairly heavy due to the size and the amount of luxury included, so double check its suspension before buying. Certain models were plagued with issues, and parts are very costly to source if they need replacing. 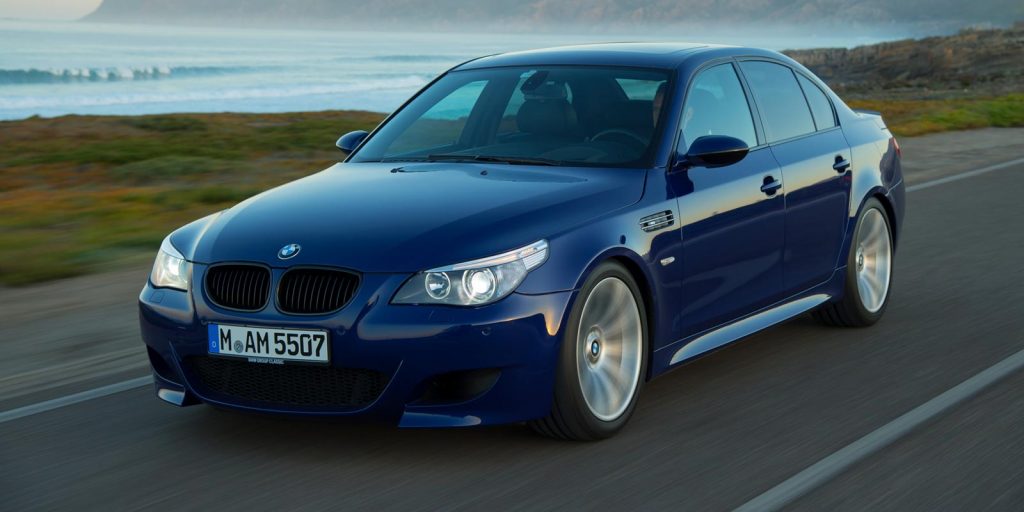 The E60 M5 was one of the best M cars BMW produced. It’s roaring V10 engine produced one of the greatest sounds of any car at the time, and it was one of the first BMW models to include this level of technology.

The engine itself was inspired by Formula 1 engines of the time, with variable power outputs. 389bhp when driving in standard mode, and 493bhp once you activated “M” mode.

The automatic gearbox allowed that power to be transmitted to the rear wheels at a lightening pace, launching you to 62mph in just 4.6 seconds.

AS mentioned the level of kit you received for your £61,000 back in 2005 was phenomenal. There was heads-up display, sat-nav, launch control and more. It was revolutionary in this respect.

For a price range under £10k you will be looking at a 2005-2008 car with around 100k miles. However as long as that car has a full service history and has been well maintained it should have plenty of maintenance free running left.

If you are shopping for a supercar under £70,000, check out our top 7 cheap supercars for sale in the UK today. 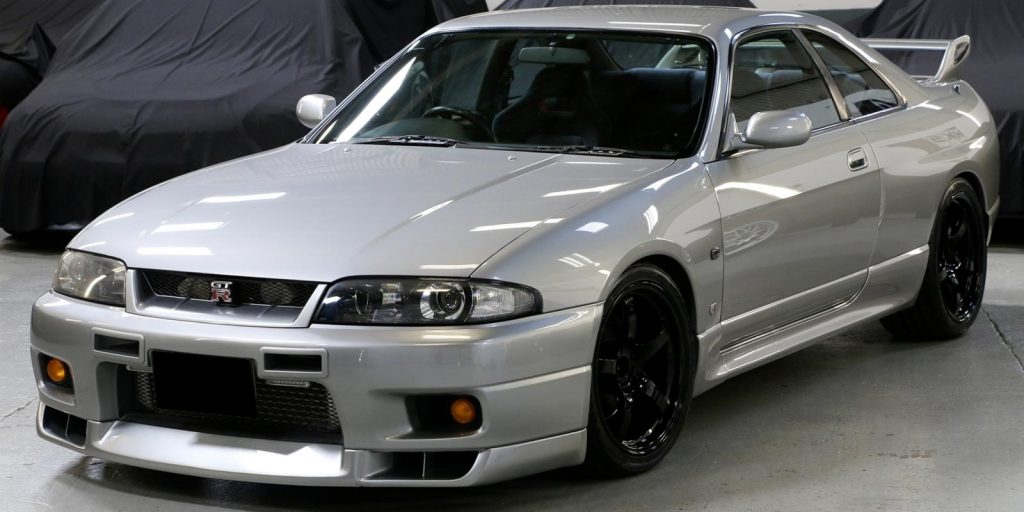 There were only 100 UK GT-R V-Spec R33 ever officially imported, meaning they’re rather rare. Due to this, an R33 will be pushing our £10,000 cheap supercar budget to its limit.

The R33 took the fantastic formula created by the outgoing R32, and exaggerated almost all of its characteristics. The handling allows you to really feel the road, and in the wet you can certainly feel the car moving about on the tarmac.

Many JDM models were imported by customers, however only 100 official UK imports made it over. These included changes to meet Euro standards, such as a speed limiter of 155mph, uprated tyres and changes to the oil cooler.

Even after 20 years, the R33 Skylines which haven’t been crashed are still going strong. There are few problems when the car remains stock with most issues developing from over tuning or lack of maintenance. 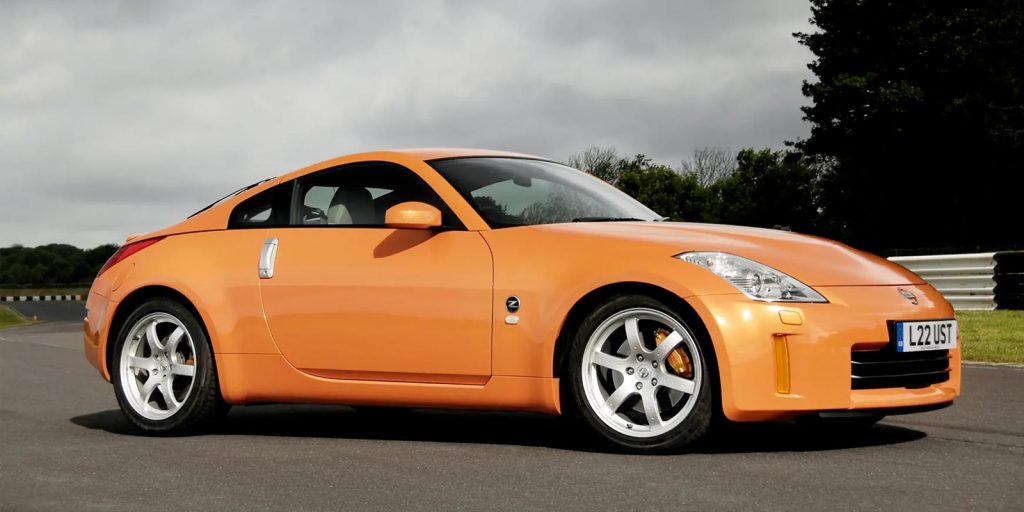 Believe it or not, the 350Z coupe was never intended to be released in Europe. It was a car which was designed for Japan and US launches only. However after its initial launch two versions of the 350z did find their way to UK shores.

The UK models were released with a good level of standard equipment, including Brembo brakes and a limited-slip differential.

The V6 engine found in the classic 350Z is extremely reliable, and can even take a significant power bump. Some engines have been reported to have done over 300,000 miles, just showing you the capability of the Nissan motor.

Then recurring issue with the 350Z motor is its thirst for oil. As an owner you’ll have to continuously check the oil level as low levels could cause damage.

Other maintenance areas such as the clutch will last a while, at around 40,000 miles before a change is required. But in general maintenance isn’t overly expensive, with a new clutch including labour only around £1,000.

The 350z may not be a supercar in its own right, but it is one of the highest performing cheap sports cars on the market today. 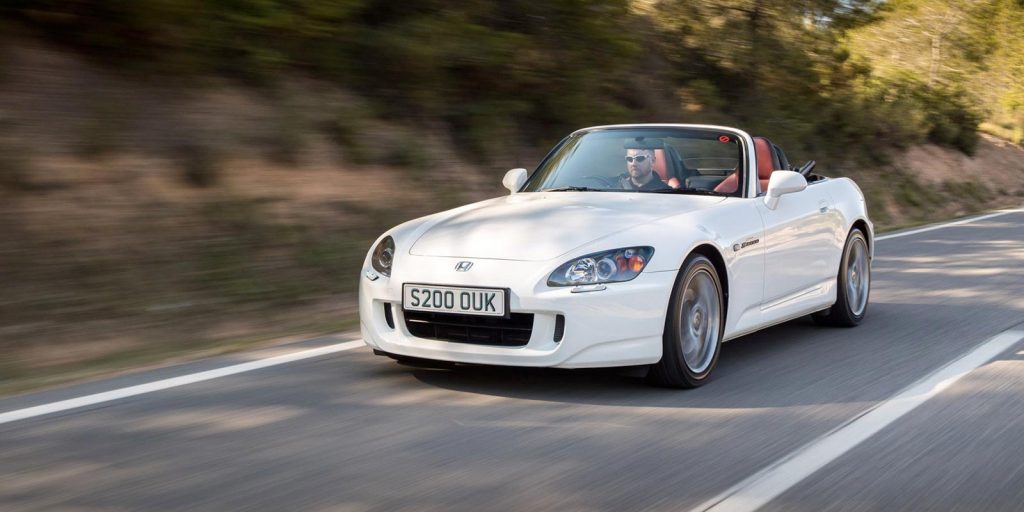 The S2000 is an open-top car enthusiasts dream car. Rear wheel drive, being powered by a classic VTEC engine which will rev forever. This is a car which is designed to be driven, and driven hard.

Despite this, it really has a split personality. Below the VTEC range, under around 5000rpm, the car is sedate and slow. It will teeter around town without any fuss. Above this rev range is where the VTEC kicks in and the whole car comes alive. Suddenly the car will be transformed and be a drivers dream.

The S2000 is the epitome of sports car performance combined with affordability. It is very cheap to maintain, with an engine and gearbox which will last a lifetime. Occasionally you will encounter an issue such as a leaking roof or a little rattle just before an oil change is due, but these generally come down to the age of this small cheap sports car.

If you are shopping for a supercar under £70,000, check out our top 7 cheap supercars for sale in the UK today.

Let us know your thoughts on our social media channels.