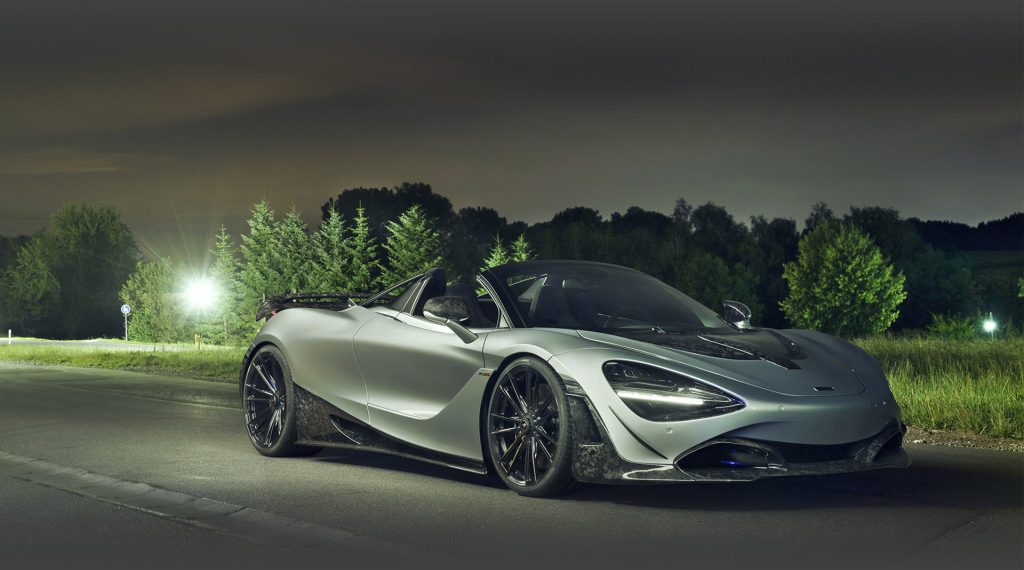 The McLaren 720S is one of the quickest accelerating production cars in the market right now with a 0-60 time of 2.8 seconds!

However, German tuning company Novitec believe there is still room for improvement, and have revealed their McLaren 720S Spider Forged Carbon.

The Forged Carbon is a full tuning kit for the already blistering McLaren 720S. And along with the host of carbon body panels, Novitec have given the McLaren 720S some rather beefy performance upgrades. 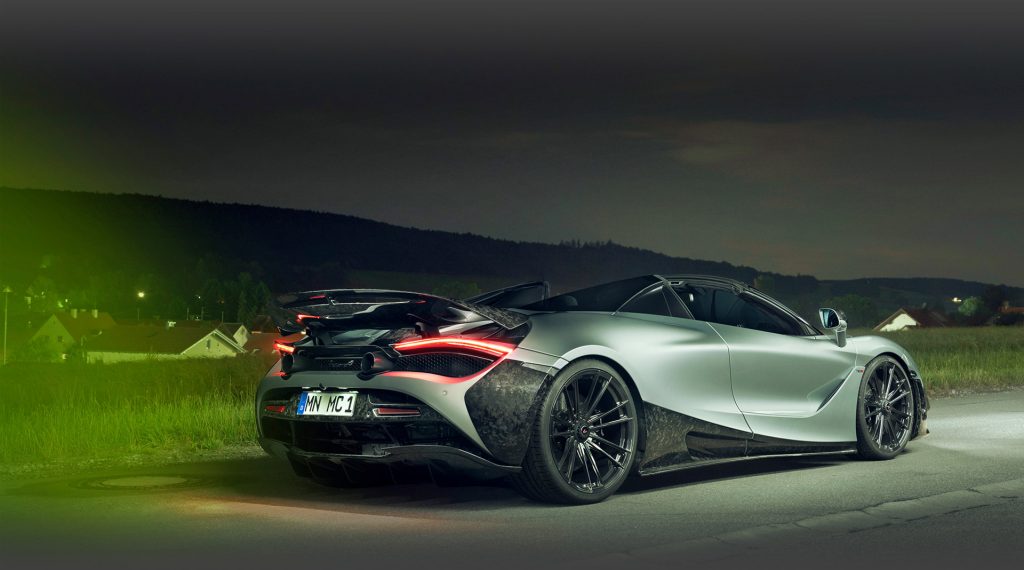 Novitec are a German tuning company who take fast cars and make them even faster. They’ve previously flexed their tuning muscle on cars such as the Ferrari F430, Ferrari 599, Lamborghini Huracan, Aventador and more.

Their tuning style, in their own words, give their cars “maximum form and function”. Normally consisting of a completely redesigned aerodynamic package which allows for better airflow and a more aggressive appearance. Combined with an upgrade to the overall performance, including engine, exhaust and suspension upgrades.

The German supercar tuning company have previously dabbled with upgrading McLarens. They launched a crazy N-Largo package for the 720S in 2018. This package consisted of a completely new, much wider bodykit transforming the appearance of the McLaren 720S. In comparison, this Forged Carbon upgrade is rather tame.

What is the McLaren 720S Spider Forged Carbon?

Starting from the top, Novitec have upgraded the power output to 806bhp with 648lb-ft of torque. Yes, that is more than a Senna! This is achieved through the use of a Novitec Stage 2 power upgrade, consisting of an ECU upgrade along with a completely new race exhaust system.

Complimenting the power upgrade are a whole host of light-weight carbon aero parts and a complete suspension overhaul. The aero parts are said to perfectly balance form and function and have been subjected to “extensive wind tunnel testing”

Novitec have dropped the car by 30mm with the introduction of their lowering springs, putting the bodywork millimetres away from the floor. The engineers at Novitec claim they have put “your driving comfort and performance… at the forefront of our development”.

Finally the German supercar tuner have offered a completely unique set of alloy wheels to compliment the entire package. These alloys won’t be found on any other car that Novitech tune, and are McLaren exclusive.

You’ll be delighted to know that this new Novitec upgrade package is available right away. So those who think the McLaren 720S just isn’t quite fast enough, there is an immediate solution available.