The reveal of the new 1,000bhp Ferrari supercar has been confirmed for tomorrow, the 29th May.

The teaser image and video below were shared by Ferrari’s official social media accounts this weekend.

It’s speculated across the web that the image could be showcasing a new rear end. Other than this we don’t know anymore than the info that has already been leaked, which is all detailed below.

The New Ferrari Is Coming!!

The New Ferrari Is Coming!! ?️?#DareToImagine

Posted by Drivefoundry on Wednesday, 29 May 2019 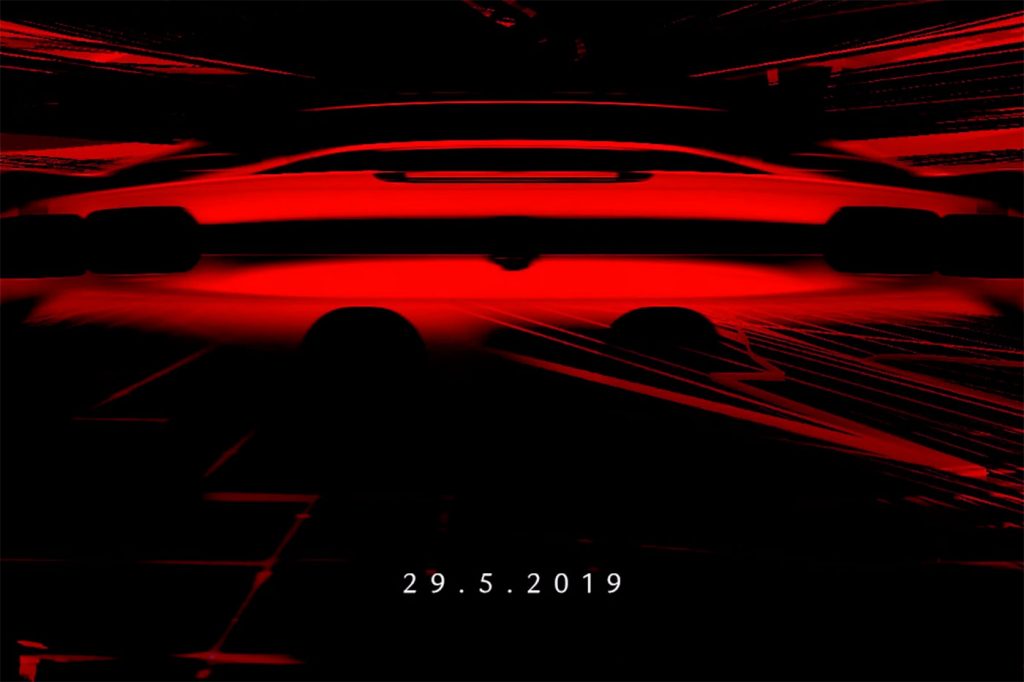 It’s true, a new hybrid Ferrari hypercar is imminent. It’ll be launching on May 31st in front of prospective buyers in a private event.

According to a source at the Ferrari Chat Forum, the invite says the attendees will be viewing a new “Super Ferrari” which puts out 986 horsepower. The exclusive invite states the car will have 1,000 CV, which is a French unit of metric horsepower.

If the new “Super Ferrari” does pack 986bhp, it will be more powerful than the outgoing LaFerrari. The LaFerrari is Ferrari’s current flagship hypercar which does already feature hybrid power.

The leaks have started already, and it is the German media at the forefront. Apparently the new car will house a 3.9 litre twin-turbo V8, supported by not 1, not 2, but 3 electric motors! Two of the electric motors will be at the front powering the front axis, and a third will be integrated directly into the gearbox.

The two front mounted electric motors will create an all wheel drive format. And this will enable an amazingly quick sprint from 0 – 62 mph (100 kph) in only two seconds.

The mid mounted V8 itself will produce 710 horsepower, and will likely be the same unit found in the new F8 Tributo. The 3 electric motors will combine for an additional 276 horsepower.

Back in 2017 a test mule was spotted testing, showing the car running completely silently. This means that the new car could have a battery that is large enough to run under pure electric power alone. The outgoing LaFerrari did have an electric motor, however it only had enough electric power to drive out of a parking space.

This new supercar has apparently been developed from the ground up and houses completely new technology. Despite this, it is set to become a full production model, with the invitees who will be attending the event on May 31st, likely to become the first buyers.

It’ll be interesting to see the valuation given to the new supercar, and how it will fair in the years to come. Will it become the next great Ferrari investment car?

Ferrari are rumoured to be engineering both V-6 and V-8 hybrid powertrains. And these new powerplants will make their way into Ferrari’s huge range of new cars. Between now and 2022, Ferrari plan to produce up to 15 new cars, with over 60 percent of them being hybrid.

Ferrari are looking to push their range of larger SUV models. And many of these could use de-tuned variants of the currently in-development V-6 and V-8 hybrid.

Stay tuned as we quickly near the May 31st private reveal date for Ferrari’s new supercar!

Let us know your thoughts in the comments or on our social media channels.